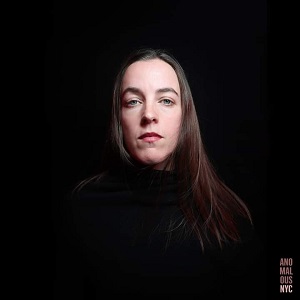 What was the old world? There were parks, cafes, and meetings, casual and otherwise. There were groups and walks with friends in parks. There were projects. Now there are no projects. What is existence for? We are back to philosophical basics: the question, the dialogue, if you are fortunate, the time to wonder, the question of values and virtues: courage, self-control, introspection, contemplation, pursuing a thought to the end. Is it easier to sleep now, or harder? The concept of time is an object for modern man, we dwell in a kind of domestic eternity, and dream of tidying, or of meeting people outside, of having something to do.

I am very glad I am not still sick. I think of all the people who are forced to confront their addictions in isolation, who are going through withdrawal, who are in the midst of shadows, who have to face the jolting harshness of a non-intoxicated world in such a dystopian way. Meaning is a minimal game at the best of times. Can you generate it out of yourself? What were you distracting yourself from before all this? Who do you love? Who loves you? Have you behaved kindly, or have you been selfish? Are you afraid to die? I don’t want to die, because I got my life back, but I am not afraid to die, because I got my life back.

I develop a strange fixation on doing a History of Art degree after this is “all over,” though I don’t want to do it online, and perhaps universities will be like that from now on, and the Plague could not really have happened without the internet, and the Plague can be seen therefore as a kind of symptom of the internet, of what the internet “makes possible,” and there is a little meme based on Scooby Doo with the man pulling off the sheet on the ghost and it was “zoom” all along. And the government send you text messages and you realize they could always do this of course, and they are dyeing lakes to stop people enjoying them, and shouting at people to stop driving, or curtailing their time outside. And of course you go along with it, because you have to, and because it is the “right” thing to do because there are vulnerable people, and health has never been more starkly revealed in its collective nature. The virosphere is the vivosphere and the thanatosphere at the same time.

There was birdsong in the old world. There is still birdsong! Though I am distressed to notice that the council has cut down the tops of the trees near the apartment, destroying the magpie nest. So at least here there is less birdsong, though there are still pigeons. I saw a dead pigeon the other day on the street. It was perfect, it must have just died. The otherwise-alive birds look hungry, though, apparently they are suffering because there are fewer scraps from take-away food and general human waste, and, as they must eat quite a lot of their own body-weight a day, they are getting smaller and smaller. I wonder how the birds feel about the plague, do they feel it as an absence, as a mysterious miasma in the air? Do they wonder what has happened to humanity?

The homeless men and women are, it seems, left alone by the police who otherwise sometimes check where you are going, or where you’ve been, and you are perhaps supposed to keep a receipt on you to prove that you have been buying something “essential.” It is now largely sunny. The homeless people seem to have a kind of paradoxical freedom, as they have nowhere else to go or to be other than the outside, which is where everyone else is not supposed to be. In the homogenous world, the domus is nomos: to be free of the domestic is to be outside - outside the law, or not party to it, despite being, at the same time, the property of the polis. I have no doubt that the police hassle the homeless people all the time (perhaps we should call them “homefree,” just as we are supposed to say “childfree” rather than “childless”; perhaps there will be a pro-homeless movement in the wake of all this, although perhaps the housing market will collapse, perhaps all empty homes will be requisitioned, and perhaps the homefree would, in any case, prefer to be inside).

It is difficult on whatever day of the plague lockdown this is not to feel a little sad at the loss of the old world. I am glad to be here, however, not alone, even if being here is strange in other ways, and perhaps at some point I will have to decide what to do with the rest of my life, though it is very peaceful for now and I can stay here for a while, and there are other places to stay if movement is permitted. I am glad I do not have much stuff with me, and that, even in haste, I took things that were minimally relevant, and the nice boy nearby sold me good coffee, even though I wasn’t a delivery person, and I brought my postcards from Ghent of The Mystic Lamb, and there is a book here on Symbolism in Renaissance Art, and I can watch Herzog documentaries and read Larkin’s poem “Wants” and anything else that humanity has made is here on this little machine.

The poignancy of cancel culture is that it threatens, with technical lethality and excess of rigour, the need of existence more broadly; it threatens cancellation at the exact moment we are threatened with cancellation (extinction).

And the virus - and is it alive or is it dead? - is better at cancellation than any of the people who spent their time sending emails and tweets to institutions, or protesting outside of buildings, not knowing what people were going to say, but wanting to shut them up anyway. All the people that actively stopped things - galleries, talks, jobs - what do they think now that everything is cancelled, including everything they wanted to do? Was it worth it? Were they somehow unconsciously pre-empting the virus, just as those of us who defended disagreement, argument, dialogue, talking to each other face-to-face, going outside, were too, but from the other side?

And I think of all the people I met during my friendship project, where I met up with anyone who wanted to talk to me, and all the cafes I went to, and the parks I visited, and the conversations we had, and this was all part of the old world, and how could we have known that we would be here now, where the outside, and meeting strangers, is out-of-bounds? And I wonder about the Third Summer of Love, which I have been imagining will happen this year, and in fact, the conditions are in place… a release from rules, and even if there are restrictions in place, the desire for mass illegality, just as raves and meeting in fields and nomadism became increasingly illegal in the UK in the 1990s, and it occurs to me that this could happen again, in a way, in a new iteration, as the desire for the outside, to be together, euphoric with strangers, will come again, and even harder this time.

And there are memories, and everything is refracted through the sunlight that exists that comes through the windows, and the clouds are intensely beautiful, and the skies are empty, and even to see a plane is now strange and unusual and worthy of comment. And it is mind-blowing that we are here, and this is life now, and I look forward to seeing my true friends again, and of the delicate play of the social and the dialogic, and even the sartorial, and going out has become acutely scopophilic, because curtailed, and I remember the nicely-dressed men from the first few days, and I understand. And the sun is God, as Turner said, and he was right about the sky, and all of human production cannot compete with nature, and life is very beautiful and very strange.

Nina Power is a writer and Philosopher. She is the author of multiple articles on culture, sound, politics, and thought. She is currently finishing a book entitled What Do Men Want? for Penguin.