Global Public Health as a Priority by Jana Lozanoska 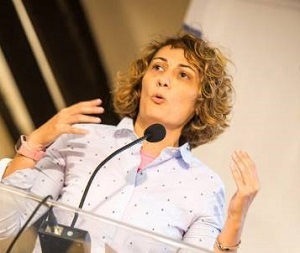 We live in the twenty-first century, the century of increased technological and scientific advances, but the entire world seems completely unprepared for a virus pandemic. Meanwhile, NASA scientists are making intensive explorations on Mars; there are attempts for reproduction of the sun energy, reconstruction of the Big Bang, etc.

On the other hand, the Oscar winning Joker has correctly mapped out the fragility of the U.S. health system, as well as social inequalities within, which could be juxtaposed to the global situation as we are witnessing the complete failure of liberalism both as a political and economic model under the threat of the COVID-19. The question is what follows after that? The Slovenian philosopher Slavoj Žižek has mentioned few times already that COVID-19 will bring about the fall of capitalism and renewal of communism. Even though one can agree partly with Žižek, however, one should be wary about romanticizing this “renewal.”

Under the COVID-19 threat the idea of the free movement of people and the Schengen zone within EU is demonstrating itself to be a very fragile one, as some of the EU states have set checkpoints/borders with other EU states; while for the rest of Europe, EU has completely shut down its own borders for non-EU nationals in the period for 30 days. It is quite worrisome that amid COVID-19 many states around the world have declared “state of emergency.” The declaration of state of emergency provides for the executive branches elsewhere to adopt broad administrative measures without control of the judiciary and/or approval from the legislator. Those measures could be, but are not limited to: border closures for citizens and foreigners alike, compulsory collective quarantines, which might be a violation of the right to liberty, curfews, and other administrative decisions.

From the SARS outbreak in 2003, which is in the same group of viruses, states had exactly sixteen years to build and reinforce their public health capacities, and therefore the question that each citizen should ask their own respective government is: Where is the public money? This inquiry and critique should be extended as well to the World Health Organization (WHO) that has failed assisting the governments in establishing public health infrastructures in the long run, which is by the way their mission.

Just recently the WHO has set up a fund as an integral part of the Global Fund on Malaria, Tuberculosis and HIV to deal with and mitigate the impact of COVID-19 that has a budget allocation of U.S. $500 million. According to the information, which is not very clear though, the entire budget allocation is cumulatively applicable for combating malaria, tuberculosis, HIV, and now COVID-19 in various countries worldwide.

Peter Sands, the Executive Director of the Global Fund, in his recent op-ed writes the following:

Global health security, as Sands calls it, should be understood as a “global health access”, and any future global and early response to pandemics should be conceived in that direction, in order to avoid this kind of radical lockdown in the future. However, that requires serious amount of budget funding. Yet, the question remains: Who is going to take the lead and the responsibility for that? Lastly, from the COVID-19 pandemic we all have realized something very crucial – that there are no effective public health infrastructures globally in place.

Jana Lozanoska is a Visiting Assistant Professor and Head of Human Rights Program at Bard College – Al-Quds University. Her research interests are in the areas of transitional justice, refugees, sustainability, and technology. She has edited and published various articles and volumes, and recently co-authored the article “Activities of Degrowth and Political Change,” published by the peer-reviewed Journal of Cleaner Production.