Do Not Offend the Flies by Oxana Timofeeva 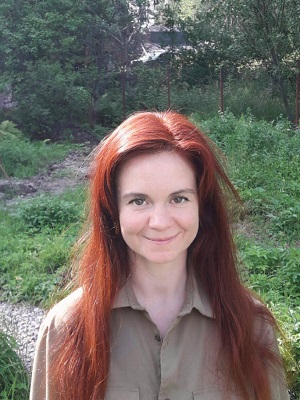 Flies are the source of the flu,

a guy said to me.

The source of the flu?

The source of the flu is you.

On the penultimate day of February, I felt incredibly exhausted. That day I had given a speech in Ljubljana - a presentation of a book on animals, translated into Slovenian. By then, COVID-19 had become one of the most frequent topics of public discussion, but not yet the most important one. The main topic of discussion in Slovenia at the time was politics - the right-wing had ascended to power. People came to attend my presentation straight away from a protest rally. However, general anxiety could already be sensed. The hotel where I usually stay in this city was in the peculiar state of complete absence of Chinese tourists. The virus outbreak had already started in Europe, quite nearby in fact, in Italy. There were confirmed cases in the Austrian ski resorts region as well, but none had been reported in Slovenia. Against such news background, I was bothered by a strange feeling: to come, speak publicly, and infect someone would be terrible, but I came to realize that just after the event, not before!

Throughout the night I felt something of a slight fever or chills. I woke up at about 3 a.m., fully convinced that that was it, and immediately sent out several emails to cancel all the forthcoming meetings the next day. These were important meetings to me - with people I rarely get the chance to meet, whom I admire, and whose friendship I cherish. In the morning, I went to the central pharmacy and found out that they were out of masks. During the day, the paranoia would subside. “It’s just a seasonal flu,” I was reassured by Slavoj Žižek. We spoke over the phone while being just a couple of streets away from each other. Žižek promised to come to Russia soon, if planes kept flying, and I replied: “Of course they will, what else would they do?” The idea that borders could be closed had not yet occurred to me.

I took the night train back from Ljubljana to Munich. At 4 a.m., on the German-Austrian border, policemen entered the car, began knocking on the compartment doors and checking passports. Interesting case, I thought. This was completely new to me. I suspected it had something to do with the virus, but in that case why weren’t they checking the travelers’ temperature instead of their passports? Shortly, a colleague enlightened me: the virus was of no interest to the policemen, they were looking into passengers’ citizenship, hunting for refugees from Syria and other war-torn Middle Eastern countries. I tried to imagine myself as a Syrian refugee, moving from train to train towards the prosperous Germany. I wished to become something invisible, intangible or microscopic, to settle down on the door handle of the compartment, so that someone’s hands would then carry me to Munich, and further on to Berlin. The virus recognizes no borders; it easily passes passport and customs controls. From my hand, it would migrate to my passport, later to the policeman’s hand, and from there to the passport of a passenger in the neighboring compartment, who would get off in Nuremberg and attend a conference or a business meeting.

Viruses are a very mobile form of life. Well, a form of life… In fact, the virus dangles between life and death. “This oscillation between life and death is of key importance here: viruses are neither alive nor dead in the usual sense. They are living dead: a virus is alive because of its tendency to replicate, but it is a kind of zero-level life; a biological caricature not so much of the inclination towards death, but rather of life at the level of the most meaningless repetition and reproduction,” writes Žižek. It should be said that it is not just viruses that subsist at this level. Jakob Johann von Uexküll had once described how the world of ticks (acari) is structured. A tick had been kept for eighteen years in suspended animation in a laboratory, neither alive nor dead, without any nourishment. For all these years it would hang in limbo, waiting for a stimulus in order to come back to life and move. The stimulus in its case is the smell of a warm-blooded animal’s skin, as it only needs to successfully fall in this natural environment.

Giorgio Agamben has called this condition “bare life.” The concept also applies to people. Bare life is a life devoid of any human, i.e., symbolic dimension. It lies outside of law and legality. It might seem somewhat unlikely for us to fall into the gray zone of indistinguishability between life and death, animal and human, given our seemingly limitless cultural and symbolic reserves, as well as an impressive set of rights and freedoms. However, as Agamben notes, all this humanistic infrastructure collapses as soon as it falls into a state of emergency. We sacrifice everything just to avoid getting infected, he says. We hold on to life so cowardly that it becomes indistinguishable from death. Someone might be a respected citizen today, tomorrow this same person could report to the authorities about “people of Chinese nationality” in minibuses, and the day after tomorrow rush to buy all the available toilet paper rolls in the store, so others don’t reach them first. Dehumanization is unfolding before our eyes. It begins with cowardice, with suspicious views of the other, the outsider, the migrant, the foreigner as potentially contagious.

But animals are the first suspects. Since the middle ages, mice and rats have been considered a source of plague, whereas last year marmots were pronounced the source of bubonic plague disease in Mongolia. In the early 2000s, I flew to Japan and fell ill there just as the world was beginning to discuss in horror the avian flu epidemic that was advancing from Southeast Asia. My return flight was from Osaka via Amsterdam, where I lay in a hotel for several hours, drenched in sweat. Wearing a thick Japanese mask, I carefully avoided a group of Chinese tourists at the airport - back then, just like these days, everyone would shy away from them, while in cities like Moscow people would shy even further away from pigeons. Then there was the swine flu, and now this one. And who were the first to blame? Bats, snakes, and beautiful-scales-covered pangolins. Animals, facing unfathomable greed and cruelty, piled on an eerie Wuhan market stall - naked life that has lost all distinctive traits. My heart sinks when I think of them. Imagining myself as a dead pangolin, a pile of bats by the kilo, I am taken over by a desire to disengage from this biomass that screams with its helpless mouths, and become a virus, jump onto someone’s hands or eyes, replicate, become an anonymous and invisible multitude.

In fact, Agamben writes, “the enemy is not outside, but rather inside us.” This can be understood in two ways. On the one hand, the enemy is our own cowardice, bordering on xenophobia. We would close borders and roads, shut doors and windows, shut our mouths, wash our hands, and, if necessary, we would fire back at our neighbors who had come for our bread. On the other hand, as potential carriers of the virus, we ourselves are what everyone like us seems to shrink away from in horror. I once watched a zombie apocalypse series, the name of which I don’t recall. In one of the episodes a woman was infected, while her husband (one of those characters who would keep rescuing humanity from the disease till the end of the film) remained healthy. The police, or was it the army, would set up barriers in defense from the hopeless ones, including our hero’s wife, who was gradually losing her human form. Faced with a harsh decision, he saw his wife in the mass of infected bodies for the last time. The purity of the human species is an imperative, you see. It was then that I first realized that I would always stand on the other side of the fence, among the shapeless mass of zombies. Not with the healthy ones, not with the survivors, but with those whom the responsible humanity found it necessary to leave out, having calculated its own and others’ chances of survival; with those who did not get a ventilator, who were not admitted to the hospitals without insurance, who were beaten for coughing on the bus; with pangolins and bats. Solidarity requires an intensive work of imagination - you ought to put yourself in the place of the one who is excluded in the fear of infection. To defeat a virus, you must become one.

Translated from the Russian by Andrej Jovanchevski

This text originally appeared on March 23, 2020, in the website Syg.ma.