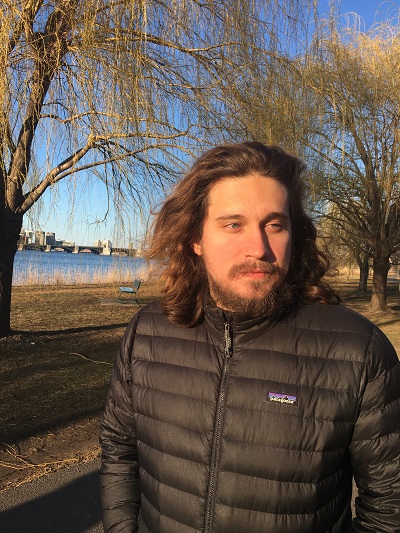 I would like to suggest that we imagine this crisis in terms of the overlapping of multiple temporalities. At the same time, I would suggest that we understand it in terms of a single kind of temporality, a temporality which recursively transforms itself on multiple scales. This temporality is periodicity, the much maligned “cyclical time,” the way reality oscillates, bends, bounces back and forth, and turns around a center, a center which may also be the point of transition and instability.

In the United States, it is fitting that the crisis occurred just as the populus was faced with the choice (but was it a “choice”?) between continuing the headlong dive into an increasing climate crisis emergency with effective denier Joe Biden, or choosing Bernie Sanders, who despite embedding himself within the electoral arena, had begun to speak to the radical need for a total restructuring of American society in terms of principles of sustainability and radical justice. The call for restructuring - and the practical necessity of speaking the truth that this movement inspired - brought Sanders head-to-head with all the forces of inertia and idiocy that define mainstream American politics, those forces that continue to fight with teeth and nail against the tiniest necessity to actually think. Do these same forces not incarnate the concept of inertia itself, empty identity, equal to nothingness, which industrial culture itself celebrates every time it prays to its fetish, “the economy,” lacking any capacity to vibrate?..

A time of change it is, everyone knows it. And this comes at a hinge point, 2020, the turning of the decade, and a potential waning of neoliberalism, which, let’s not forget, was itself a repeat (more like a “strange attractor”?) of the gilded age of the late 19th century that lead to the catastrophe of the two world wars, catastrophes that industrial society still refuses to take responsibility for. Industrial thinking needs to believe in the ahistoricity of linear time, which it itself used to call History, but now only understands as the empty series of “Number” itself.

How to justify the barbarism of an intuitive numerology, veering on new age speculation? I am trying to think about how to produce a schema, or a diagram in Peirce’s sense, which might embed our present in a more ancient history, the history of the “earth,” and a way for humans to understand their embeddedness in, nay, their identity with, the universe. This is about the invention of structures of thought that realize self-sameness with their objects, without the confused loops of Western philosophy, and its claim to a rigid transcendence of which it cannot ever give any kind of transcendental justification. Perhaps, it is necessary to emphasize that the “astrology” of the indigenous Amerindians, whom I take here as an inspiration, was/is not a “representation” of relationships of efficient causality. The ceremony of the summer solstice does not claim to “make” the summer pass and the rains return, but it configures human thinking to those same movements, implicitly understanding that the universe as itself is so configured. These ceremonies existed long before today’s physics, determined with its own quantitative and experimental precision that all “matter” was but vibration.

We can still listen to the scientists, we can still track the numbers and the statistics, while learning to see and feel that the movements of our lungs and hearts, the oscillations of our fears and hopes, dreams and waking, are themselves the fractal self-scaling of a periodicity that goes beyond us, and a periodicity that will dwarf and destroy us unless we learn to understand it in renewed terms. This crisis might be an opportunity to learn how to re-configure in every respect, as the self-scaling may end up digging infinitely deep. In some strange way, it might be a time to learn the “ceremony” that fuses chaos into harmony, and the real antagonisms of existence into sets of mutually beneficial relationships between the multitude of beings inhabiting this planet.

Adam Louis Klein studies Anthropology at the University of Chicago and has an MA in Philosophy from the New School for Social Research. His work focuses on cosmopolitics, comparative ontology, non-philosophy, and Northwest Amazonian cosmologies.