UNIVERSAL BASIC PODCAST: Peak Podcast in the Time of Covideocracy and Zoom Isolationism by Jonty Tiplady 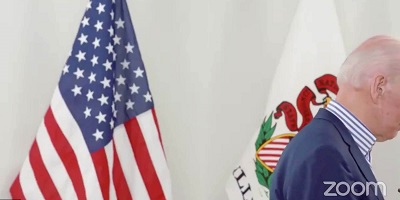 In an essay on Benjamin, Rebecca Comay speaks of the “unaccountable loquaciousness” that marks the experience of melancholia in Freud, eine aufdringliche Mitteilsamket. “So much over-sharing,” she writes, “can be oppressive in its exorbitant demands.” In Leo Bersani’s recent work this same loquacity is explicitly connected to what is required “if the human is to survive as an event in the history of our planet.” Christopher Bollas notes in the psychotic the tendency to talk too much as an attempt to structure the world back into place, and calls this “psychic dehydration.” The great podcasts of the present display some of this, all of this, or more. Red Scare, TrueAnon, TekWars, New Models, and so on: these are the ballads of our time. Or rather, these are what happens when we don’t know what to say at the end of time. We talk too much.

The crucial link here is between the sense of a universe closing out, the need to talk, and voice. “Say anything” -  the initializing call of analysis  -  becomes the email alert that your favourite podcast has just dropped its latest, and you now get the vicarious session. The podcast form is a prime example of interpassive jouissance: enjoyment taken through the work and expenditure of others. It allows one to retreat into the unconscious of others as a replacement for visiting one’s analyst in the flesh, which most cannot afford or do not even know as a possibility, or has become impossibilized by an emergency. A “podcast” is not just the remote thrill of a timeout threesome, it is akin to the illicit pleasure of flicking through somebody’s Twitter likes, which “likes” are now the true sign that the unconscious is structured like a language (your likes are the heat-signature of an unconscious style, or its crypt). In the time of what some online call “coronachan,” the podcast becomes an example not of an inevitable movement towards the horizon line of UBI, but of the wild adaptability of talktime capital. In retreat and quarantine, podcast creation and listening time proliferate to loquacious infinity. Desktop folders are clogged up with last week’s unlistened-tos. This is taken as proof not of a new type of freetime, but of just how much hard work freetime can be. Tokens of achieved internal communism, not its outward arrival.

If the world of podcasts is a world of ballads, then the greatest ballad of all is Red Scare, the creation of Anna Khachiyan and Dasha Nekrasova, or Anna and Dasha, known as “the girls” or “the ladies,” depending on your persuasion. Many accounts of the show have already been written. In brief, it is characterised by Bernie-allied anti-leftist political irreverence and wild analytic jouissance. The jokes are great, and if the show was itself a pun - and it is -  the meaning is found in the ambiguity of the title: where “red scare” once meant an illegitimate scare tactic to smear actual communists, by 2020 most forms of leftism are taken to constitute a genuine epistemological intimidation. If Red Scare is epochal, it is because it works at this analytic cross-roads, where Leftist Politics become  -  enjoyably - an avowal of the inoperative, and all forms of progressivism turn out to have been allied with the value-forms of accelerating extinction. To listen to this podcast, Red Scare, is to enjoy the tension, and yet there is a twist: at the same time the girls cosplay as Bernie bros.

If Dasha is the girl poet, Anna is the mummy analyst. And yet also, if Anna is a street Rilke, Dasha is a Californian Lacan. The displacement they mark in the early 21st century signscape may be captured as from writing to pure voice: as Alex Jones recently put it, “and then I tried to condense it live on air as a Gestalt rather than taking a year to write a book about it.” In other words, why write a Verso article online when you can suggest whole books in an hour-long audio recording that also brings with it the feeling of a live analytic “session,” an erotic assembly, and underworld comedy act vengeance? Listening to Anna and Dasha is also, at some level, “hanging out with the girls.” You get to lay on the floor à l’ombre des jeunes filles en fleurs. By the same token, if the show does communist special effects, they reside here, in the making superfluous of the work of writing and academic capital. One might easily imagine a replacement syllabus for young people now that swaps out Wark, Bratton and Žižek for Dasha, Anna and Kantbot. Why not? If podcasts themselves are now operative, or at least automated, then perhaps their scale shift is from grammatology to chattiness, or rather from 20th century grammatology and difference to 21st century vocal fry and indifference. The thickness of end of a universe indifferentism automates itself as the “unaccountable loquaciousness” of a super-jouissance that works for you. This is perhaps what we now mean when we say “podcast.”

In an episode of Red Scare from the end of March 2020 -  that is to say, right in the middle of Coronachan - Dasha commented that she had listened to Steve Bannon’s podcast the other day and he has “a surprisingly nice voice.” The attentive listener might have known at this point that something was astir. Was Bannon being actively called up in the seance? Was the president’s ex-advisor about to be spirit cooked (enjoyed)? “Jouissance” is itself a thematized part of the Red Scare template, all the way back to the Instagram picture of a half-naked Dasha reading Lacanian Ink on her knee in Los Angeles light before the cast was even born. The comment about Bannon’s voice is telling: voice is the medium of the cast, and the voice as part-object also allows the whole body to be devoured while keeping cuteness on your side (“Steve Bannon has a suprisingly nice voice”; “Hitler had beautiful eyes”). But there is sometimes an even more overtly significant relation to jouissance on the show. In February, Dasha, who protests too much that she is not a Lacanian, was commenting on the jouissance of Trump and his tweets and how he is in a way “pure.” She added: “I don’t think it’s strategic. I think that part of the reason that Trump is successful is because he does have a kind of jouissance, if you will; he like tweets, in his limited faculties, but in a way that is like pure” (Dasha, Red Scare, “Memechausen’s,” February 17, 2020). Shortly after, Stalin comes into the picture, “it’s like Stalin … people take care of the memes for him to please him.” It is hard to doubt the accuracy of this suggested analysis of the pure super-jouissance of the president’s tweets, and of the way their work is itself interpassive, like Stalin’s propaganda (memes). The large themes and personas should not prevent us from seeing that the girls are also talking about themselves: the relay mechanism between and distance from Trump to his tweets and Stalin to his “memes” is actually how the podcast functions as automated work and universal basic pleasure. The listener enjoys the work of the caster, who enjoys that work at pretty much that same moment as purely delegated to the subscriber (“I enjoy imagining you enjoy me”). Via Patreon, and now Zoom, the podcast world is of course an economy and UBI trial zone. Voring of softcore fascist part-objects has in effect been trailblazed by “Xenocoin” and imaginary UBI NEETs [Not in Education, Employment, or Training].

At the start of April 2020, with “the virus” still (officially) on the rise, the Bannonian wish-fulfilment came true. The Red Scare podcast finally got their man. Stalin himself (Steve Bannon) appeared on Zoom with the girls. After what seemed more than a year of Anna asking on Twitter for his email, the mummy girls got to play daddy on Daddy’s knee. Some listeners might have already enjoyed moments on the show when Anna and Dasha talked (almost dirty) about Bannon (call it Bannon edgeplay), or found it funny in the last episode of March, for example, when Anna said that “what I really wanted to tweet is that I am unironically more attracted to Steve Bannon than Brad Pitt it’s so fucked up.” One appreciates the more timid earwigger or hate-listener, for whom this really is so fucked up. They should stay in more; but for sure, certain photos of Bannon do evoke the ugly nature of his political aura: the overweight, spaced out by the internet, not caring, Euro-nationalist on tour side to his look. But in other ways, Anna’s attraction is not so fucked up, and is the least we expect from a show that analyses the presidential tweet archive as a type of purism. Taking Bannon as a sex object is nothing unusual from the point of view of analytic interpassivity itself, that is, the politics of remote-control enjoyment; and Bannon himself really is atavistically appealing, at least for some. But as the episode proceeded, visceral engagement with its object seemed under threat. The ladies resonated as unsure. Why, one started to think, is Red Scare sounding (for once) so scared?

But let’s play the file forward and not just back. What does it really mean, this possibility of the universal basic podcast? And why bother to write a whole book about it? It seems that the podcast unit (organic, digital, analytic, libidinal, non-scriptural, poetic) is now central enough to have posed these questions. It’s ballad-like nature means it is not just part of culture, but what sings the possibilities of culture that arrive, even if what arrives arrives in a moment of closing down. The remaining problem is the unkillability of the idea, for example, that Bernie supporters and their soteriological minimalism (“leftist politics has to start somewhere”, “building a movement”, “paving the way for later candidates”) remain an important undercurrent. The external mode of politics (demotism, voting, and so on) exerts just what seems to be the wrong drag on whatever other historical forces might have intervened. The Steve Bannon Red Scare episode allows one to glimpse the coherence of this complicity: that there are limits to the consistency of ideological patchwork. To be an anti-leftist Bernie bro is possible, of course; but this is not to say that it didn’t already became inoperative long ago. Inoperability is itself the trouvé of the coronachan moment and perhaps what true internality (quarantine, postal votes, tele-thought) comes to mean. This closing out is an irreversible refusal of hope; but it cannot yet be an absolute refusal of intelligibility.

Jonty Tiplady is a writer who lives between the United States and the United Kingdom. This is an excerpt from a forthcoming text.