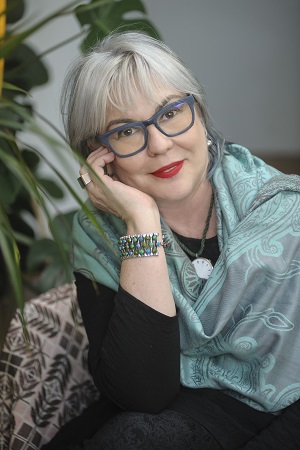 I have received an email from a dear colleague from a university in one of the Nordic countries. I am anonymizing protagonists for a reason which will be obvious by the end of the story. In the letter, she informed me that she is editing a book with her colleagues on how universities can be sites of resistance. As I wrote a lot on this topic, she inquired if I would find the time to contribute.

The invitation could not have been timelier given my recent circumstances. In 2019, I have been investing considerable time and energy in teaching on a safe, on-line digital platform with a colleague, who lost her job because of political reasons in another country. We were teaching a course on a topic which would not fit in the curriculum of countries controlling their higher education by political or/and by economic forces. The enrolled students were doing critical work and faced repression in their professional lives in their respective countries. The safe digital platform at this time, well before we all expected to be digital, was the only chance for both of us, instructors and students, to communicate, share ideas, and discuss issues that matter.

As a Central European University (CEU) faculty, I was not getting any credit for this work. I was reminded of this fact in a response letter to this request by my university, since our university’s US accreditation requires face-to face instruction. I ignored the institutional discouragement to get involved pro bono in this form of instruction, which was one the best decisions of my life. During the term, I learned a lot about the work and way of thinking of several extraordinary colleagues. After every session, I was overwhelmed by inspiration I have received from the discussion of the empirical work these students were doing. Therefore, I suggested to my co-instructor to present our experience in a joint article for this upcoming volume, which is going to be published at a distinguished academic publisher.

However, my fellow co-instructor was concerned as her lawyer warned her, not to produce any document which could be used against her in her trial. Everything which is academic might remain under the radar of the investigators, but she was warned not to contribute to flagged topics in a way the investigators would understand. I foolishly hoped that our joint article could fit in this category and the analysis of the transformative pedagogical experiment based on literate digital teaching and pedagogy would be published in this volume. I could not have been more wrong. In the very nice comments about our article, the editors made very clear that the precondition of publication is that we add to our article the wider context, which was consciously omitted and masked by the use of concepts of illiberalism, authoritarianism, and deteriorating democracy.

This response forced us again to critically investigate our own politics. My position as a tenured full professor in exile moving with CEU from Budapest to Vienna is privileged. I was given institutional support when I received a death threat and faced with sabotage from the Hungarian law enforcement agencies. But my co-instructor used to work in a public institution in a country where human lives are not respected. In our response letter, we tried to explain to the editors that a volume expected to collect best practices about higher education as a site of resistance cannot possibly put the contributing academics in danger. Moreover, it is absurd for an article by academics in the field trying to challenge power imbalances in practice to be rejected by scholars working in a Nordic context, which is at the moment very safe.

I am telling this story to illustrate three lessons that feminist scholarship can learn from the Corona Virus epidemic for this Theory Lockdown series.

First, the lesson is to un-learn theories, as Kathy Davis pointed out, in order to make theories work for us. What we are experiencing is unprecedentedWe should take one step back and try to understand what is happening and what the useful tools, concepts to understand them are.

Second, the lesson that this crisis is the crisis of what globalization has become. A colleague working in one of the Nordic countries requesting a colleague working in a country with utmost political difficulties to apply theories and concepts – like illiberalism – developed mostly by male authors in a very different context. Their position has been perfectly understandable, since they knew that the manuscript will be sent out for review to scholars who only speak that professional language, and require others to do so in order to be included in what they believe to be the only academic discussion. Here the method developed by Cynthia Enloe of “feminist curiosity” can serve as well.

Third, the lesson how one can gain great concepts and ideas from the experience of being defeated. If the main spaces of knowledge production are captured by states using the veneer of financial sustainability for maintaining ideological control, there are still spaces left. I do not have illusions in general regarding our new world after corona, as far as on-line teaching is concerned. The epidemic works as a big social experiment for moving millions of instructors and students online, doing so without any preparation or contributing to their costs, as far as preparation time or digital infrastructure are concerned. And this move will not only create the precondition for further precariousness of educational professionals, but could also create even more vulnerable and isolated individuals as clients of educational service. At least after this joint teaching project, I feel myself better prepared to put forward different modes and politics of teaching in the future.

And to finish the story which frames my contribution, we will submit the article to a pedagogical journal of digital teaching methodology knowing that they will not force us to echo the explanations of yesterday for the problems of today. If tomorrow we are going to have the explanations of today that really depends on us. The precondition is, however, to dare to challenge orthodoxies of our own.

Andrea Pető is Professor in the Department of Gender Studies at Central European University, Budapest, Hungary and a Doctor of Science of the Hungarian Academy of Sciences. She has written six monographs, edited thirty-one volumes and her works on gender, politics, Holocaust and war have been translated into 23 languages. In 2018 she was awarded the 2018 All European Academies (ALLEA) Madame de Staël Prize for Cultural Values. @petoandrea