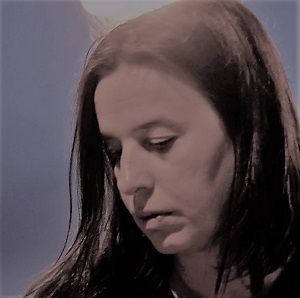 Amidst the frustration caused by the restricted and police controlled freedom to move, to socially interact, the suspended right to assembly and the impossibility to enjoy in what gives us pleasure through social interaction, we are witnessing a phenomenon far more fascinating than our human frustration. The machine of capital, the automaton of producing surplus value or simply monetary value –  can pause. Therefore, it can stop. The industries that currently operate tend to produce just as much as required to keep the moribund economy on life support and sustain humanity in life. In times of corona, in times when a dumb virus purposelessly disrupts or temporarily (and we do not know for how long) cancels reality, economy dictated by use rather than surplus value begins to seem possible. Thanks to a purposeless intervention of a silly thing, a virus, a different political economy has emerged. It is so for the time-being, but no one knows how long this impermanence will last. Currently, we all act as if it were here to stay. We treat it as permanence. A meaningless intrusion in a world built in a particular way has turned upside down, suspended or perhaps abolished a discursive universe and the philosophy of exploitation of matter pertaining to it, i.e., the World as we know it. The “real” (in Lacanian) sense, has severed the signifying automaton – the pleasure principle – and is inviting the symbolic to restructure itself. In fact, the language and not merely the symbolic must now create sense out of this nonsense.

Let us begin with the givens which are no longer that: the given that the economy operates as a quasi-natural force has been shattered if not rendered obsolete. Apparently, economy is always already political. It does not have to be driven by surplus value but by use (value). Private companies, the capital, can operate under the stringent conditions of the states. State controlled economy can be capitalist in the sense that private capital has set it into motion and it relies on the estranged labor or wage labor. However, in order for the economy to be capitalist stricto sensu it must be driven by the M-M’ principle, as postulated by Karl Marx. The fact whether the enterprise is privately owned is not the determination of the last instance (even though it is one of the defining factors), but rather whether production is driven by the principle of surplus value estranged and detached from material use relying on the alienated, abstracted wage labor. As Marx has argued, capitalist economy can be enacted by either a capitalist state and a bourgeois society or a socialist state and a society that acts as a collective bourgeois, something he called “vulgar socialism,” focusing on distribution instead of the problem of alienation (cf. Karl Marx, “Critique of the Gotha Programme”). Alienation in question can be one of labor, but also of monetary value or the fetish of value from use, and last but not least of economic production from nature (Marx, “The Gotha Programme”).

Consider this quote from Marx’s “Critique of the Gotha Programme”:

"Labor is not the source of all wealth. Nature is just as much the source of use values (and it is surely of such that material wealth consists!) as labor, which itself is only the manifestation of a force of nature, human labor power […]  And insofar as man from the beginning behaves toward nature, the primary source of all instruments and subjects of labor, as an owner, treats her as belonging to him, his labor becomes the source of use values, therefore also of wealth. The bourgeois have very good grounds for falsely ascribing supernatural creative power to labor; since precisely from the fact that labor depends on nature it follows that the man who possesses no other property than his labor power must, in all conditions of society and culture, be the slave of other men who have made themselves the owners of the material conditions of labor."

The determination in the last instance is, therefore, not merely the estrangement of labor but the estrangement of society (and economy) from nature. Nature is further determined as matter or materiality. It is something that permits us to place Marx in contemporary context by saying that human pretension to construct a purely speculative universe based on the exploitation of materiality even in cases where technology and nature are merged, thus referring to matter in a purely formal sense, is the cornerstone contradiction of capitalism. The dialectics between nature and transcendence or human pretension, must be reversed. The silly, purposelessly spreading virus renders the contradiction at stake no longer sustainable under the conditions of capitalism. The intervention of the real is as always senseless, robbed of purpose, it is a symptom as Lacan would put it. The symptom we are facing is that nature cannot be endlessly exploited, it creates its own mechanisms of self-protection against rendering it mere resource rather than an ontic entity in its own right, independent from human pretension to decide of its reality in a humanist World. As Laruelle has demonstrated, “the World” equals philosophy in the sense that it not only creates a language around the real but also declares what is real, decides of the reality of the exteriority it faces: for example, according to capital as philosophy, nature’s reality is that of being mere “resource” to value creation, use is mere currency in the creation of surplus value, value is superior to mere “materiality” and/or animality. Only on the basis of a complete holokaustos (in the sense of the ancient Greek sacrifice consisting in the complete burning of the flesh) of all animality and of all animals, but also of other “natural resources,” an absolute rule of the pure Speculative Reason can take place, as demonstrated in all hitherto existing philosophy. The corona outbreak has proven this philosophical and capitalist dream to be an infantile phantasmagoria.

Now, even though imprisoned in our homes or elsewhere, such as in state organized quarantines, we must recognize the fact that we are witnessing the most dramatic contradiction, that of the determination of the last instance of capitalism and attempt to invent a socialist economy that surpasses the stated contradiction and does not repeat the errors of the 20th century vulgar socialism. The entire world is caught in the same lockdown, witnesses the same contradiction and similar state interventions, whereas seven billion individual lives are eerily similar – our action must be, therefore, global and internationalist.

Katerina Kolozova is professor of political philosophy, epistemology and feminist studies at several universities in Southeastern Europe and the author of Capitalism’s Holocaust of Animals: A Non-Marxist Critique of Capital, Philosophy and Patriarchy (London: Bloomsbury Academic, 2019).