The Curve of the Clock by Ben Woodard 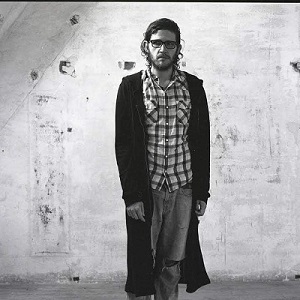 “But these other apartments were densely crowded, and in them beat feverishly the heart of life. And the revel went whirlingly on, until at length there commenced the sounding of midnight upon the clock. And then the music ceased, as I have told; and the evolutions of the waltzers were quieted; and there was an uneasy cessation of all things as before. But now there were twelve strokes to be sounded by the bell of the clock; and thus it happened, perhaps, that more of thought crept, with more of time, into the meditations of the thoughtful among those who reveled. And thus too, it happened, perhaps, that before the last echoes of the last chime had utterly sunk into silence, there were many individuals in the crowd who had found leisure to become aware of the presence of a masked figure which had arrested the attention of no single individual before.” - Edgar Allan Poe, “The Masque of the Red Death”

“Now that I have to save tomorrow, that I have to have a form, because I don’t sense that I have the strength to stay disorganized, now that, fatefully, I shall have to frame that monstrous, infinite flesh and cut it to pieces that something the size of my mouth can take in, and the size of my eyes vision, now that I shall fatefully succumb to the necessity of form that comes from my fear of being undelimited - then let me at least have the courage to let that form form by itself, like a crust that hardens on its own, a fiery nebula that cools into earth. And let me have the great courage to resist the temptation to invent a form.” - Clarice Lispector, The Passion According to G.H.

In one of his many beautiful asides in On Growth and Form (a book often mentioned but little discussed), D’Arcy Wentworth Thompson emphasizes the different gradients of growth within an organism. The structural biologist points out that while the gradient is measurable, it is difficult to visualize across species nor is it easy to picture an organism as a singular entity when its parts grow at different speeds at once and also different times. These temporal differences only make sense when understood as a difference in form, form is what occurs when processes sharing a body are activated unevenly. A flowering plant demonstrates this gradient most obviously as the blossoms become more seldom and smaller further away from the main stalk. This clustering of differently paced temporal processes spatialized as variety of form creates an aesthetic effect that Thompson calls “phase-beauty.” The waves of an ocean or in a field of wheat are beautiful because it is a heterogeneous distribution of materially continuous yet tempo-spatially uneven events.

Much of 19th century biology (before and after Darwin) struggled with biological time. Not only in terms of the age of life following from a common ancestor (and the well-worn tales of contradicting creationist dogma) but also with why creatures seem to develop and change so unevenly against their own survival interests, how could progress or purpose be injected into the Darwinian or Mendelian picture? That Lamarckianism (acquired traits and habits are epigenetically passed down to offspring) and Recapitulation (the stages of a species are repeated in the development of the individual) survived so long after Darwin speaks to the real difficulties in understanding development, but at larger scales alongside a panic in the face of directionless merely contingent life. One of the last ditch attempts to preserve linear recapitulation was to postulate different moments of acceleration and deceleration within the organism (heterochrony) since otherwise there would not be enough time for the whole species to be repeated within the individual organism as the species got older. But as Stephen Jay Gould points out, the problem of biological acceleration and deceleration was not just bound to a fantasy of linear recapitulation, but pointed to strange processes found in almost all life forms such as neoteny (the retaining of juvenile characteristics into adulthood) or progenesis (when development is accelerated during sexual maturation). But neither an imposition of large scale teleology (however elegantly articulated) nor a reduction to mechanistic simplicity will sort out the functions, niches, and shapes of life and the articulation of any form with or against another.

An event as temporally and spatially distributed as a pandemic would seem to invert Thompson’s “phase-beauty” into a kind of phase-horror. The phase-beauty of Thompson is set explicitly against Bergson’s assertion that change of form is not measurable as change of size or volume is. Or, in other words, for Thompson the heterochronic body upsets the distinction between qualitative and quantitative multiplicity. It is a bearable but unavoidable reconciliation of the quantitative and the qualitative - of attempting to see the form of death (the virus and its transmission) in the data and graphs is not to reduce anyone to a number nor claim that the numbers tell us everything. The numbers we receive are always after the fact, the spatial distribution already out of date. Cases are only those tested, confirmed deaths, are only those who were tested before dying and were likely in a hospital and not in a small town, or those without insurance. Contact tracing will find more sick people, but sick in early stages who can then be isolated. With so many elderly dying, even if sick with the virus, it is not always what is determined to have killed them. The various lags and spurts in numbers give shape to every form of response and meanwhile carve out a day to day temporality with living behind windows. The loss of time is a function of the sheer number of days and we only gain a sense of time by re-quantifying it in tasks or actions. Many of these actions are defined in relief, making space and gaps for the virus to struggle to trespass.

There is still a question of how many loops we can stand and how wide each one is and when will they start spiraling into something else. Since we are binging on so much narrative content these weeks it seems that we are living neither in a closed circle (the snowed in motel, the haunted castle because communication, at least for some, is not yet cut), nor in a bottle episode (one location filled with meaningful dialog to conserve funds). The shape of things appears as a bundle of confined movements and overextended speculations of a return of the same in the new or of something that stands apart from the past. The time of the virus spreads itself over the more intentional structures of social events, milestones, and reduces exchange to a crawling pace while offering a tempting divide between waiting and isolating, between the measures of data and “living one’s life.” The phase-horror of the pandemic is that these spatio-temporal intwinements are now burrows of the dead and the actions of the isolated and the essential care providers will, despite feeling otherwise for the former and feeling futile for the latter, chisel out the future landscape.

Ben Woodard is an independent scholar working in Germany. His research focuses on the relationship between naturalism and idealism, especially during the long 19th Century. His text “Schelling’s Naturalism” was recently published by Edinburgh University Press.