Boyan Manchev (Sofia, 1970) is a philosopher and writer. He pro­poses the perspective of a new ontology of existence, described as modal ontology, and dynamic materialism. The search for a new philosophical form and possibility for new expression of ethical, aesthetic and political experience has been central to his work in the past twenty-five years. Manchev is the author of thir­teen books and about three hundred book chapters, catalogues and other publications in various languages. Among his books are Freedom in Spite of Everything. Surcritique and Modal Ontol­ogy (2020, in Bulgarian), The New Athanor. Prolegomena to Phil­osophical Fantastic (vol. 1, 2019, in Bulgarian), Dark Poem (2019, with the photographer Boryana Pandova, in Bulgarian and En­glish), Clouds. Philosophy of the Free Body (2017, in Bulgarian; 2019, in English), Metheor. Texts for Theatre (co-authored with Ani Vaseva, 2018, in Bulgarian), Logic of the Political (2012, in Bulgarian), Miracolo (Lanfranchi, 2011), L’altération du monde: Pour une esthétique radicale (Lignes, 2009), La Métamorpho­se et l’instant - Désorganisation de la vie (La Phocide, 2009), The Body-Metamorphosis (2007, in Bulgarian), The Unimaginable: Es­says in Philosophy of Image (2003, in Bulgarian), Persister. La liberté sauvage et la nature à venir (forthcoming, Éditions Dehors, 2020). He edited Rue Descartes 64: La métamorphose (PUF, 2009) and co-edited Rue Descartes 67: Quel sujet du politique? (together with Gabriela Basterra and Rada Ivekovic, PUF, 2010). 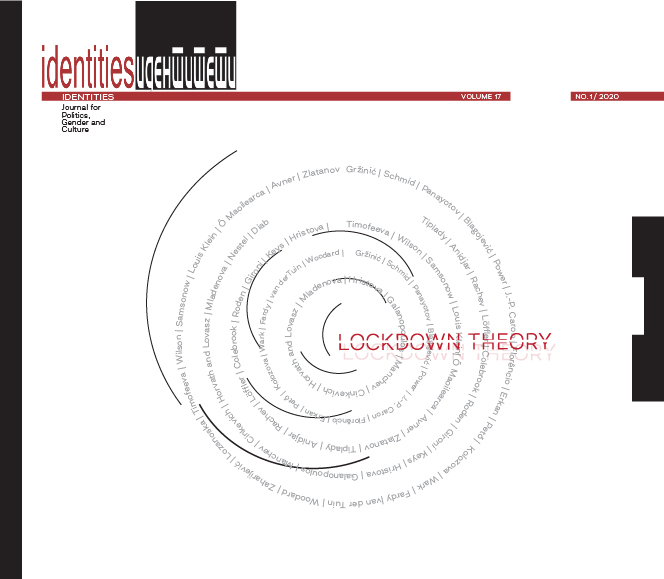